Personal safety should not be something to joke around. Some are fortunate enough to live in a safe area but it never hurts to have something in the bag for self-defense. As guns are more of a controversial topic, non-lethal weapons are a much safer choice. The most popular non-lethal weapon that people tend to carry around is a stun gun. Pepper spray can backfire while stun guns are much more practical and involve fewer risks.

There is a lot of confusion around tasers and stun guns. Oddly enough a taser is closer to being a gun than an actual stun gun. Stun guns are designed for direct contact while stun guns can put someone to floor from a safe distance. The problem is that tasers cannot be used again on a different target immediately. Stun guns on the other hand can be used repeatedly. Stun guns have an interesting way of working. It is recommended to hold it on the target for several seconds. During that time, a large electrical discharge will pierce their skin and reach muscle tissue. At that moment the muscles are rapidly overworked which ends up depleting the blood sugar of the target. The result is a major shock along with intense pain, extensions of muscle contractions and a reaction similar to muscle failure.

Tasers have the same effect over the target but reusing it is a bit more difficult. In some situations, a taser might be better for safety but stun guns are a bit more practical. While searching for 10 models for our list, we were surprised at how cheap stun guns are. Their low price tag leads to the idea that their quality might be questionable. Regardless we were able to find 10 reliable stun guns. With these things in mind let’s get right in our list of the top 10 best stun guns in 2022 reviews. 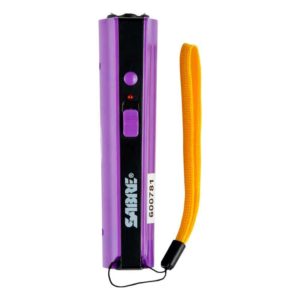 The concealable stun gun made by Sabre is an interesting item that looks more like a flashlight. It actually does work as a flashlight as well which makes it look harmless but it is anything but that. The stun gun is being advertised a bit differently. The manufacturers do not brag about millions of volts but they use a different formula. According to the description, it is physically impossible to deliver more than 30,000 volts using a stun gun. Their stun gun measures microcolumns which are a multiplication of the current by time.

One of the problems the model has is that indeed it does not push enough electric current. It does hurt and it can surely scare an attacker but it will not put them completely down. It is good for self-defense but maybe it would have been a better product if it was more powerful. 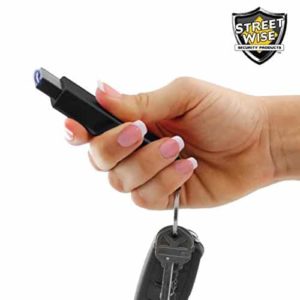 Usually, stun guns are the kind of items that need to be hidden or stealth at least. The Streetwise Mini SMACK is a great example of such a product. It is very small and can be used as a keychain. It will fit in a pocket. The model is advertised as being capable of releasing a 20 million volt charge. Its internal battery pack can be recharged using a micro USB port and according to the manufacturers, it is the smallest stun fun on the market. It also has an LED flashlight and a safety switch.

In terms of performance, the model has a very small battery pack. It can get completely discharged after a couple of uses which can be a rather inconvenient aspect. The stun gun needs to be fully charged in order for it to actually be useful. 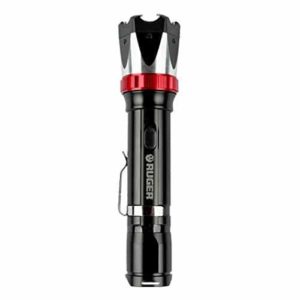 The Ruger Tactical stun gun can be a great pick for the ones that are looking for a non-lethal weapon. It can be a great self-defense tool with its compact size and efficiency. It can release 0.515 microcolumns which are enough. At 0.5 microcolumns the pain caused is quite severe. The stun gun itself comes in the shape of a small flashlight. As expected it also works as a flashlight. The gun has its own rechargeable battery and a safety switch that prevents it from discharging accidentally.

One of the odd things about this model is the battery used. According to the manufacturers, the stun gun has to be charged once per week for about 4 to 5 hours. That is a lot of time which brings some questions regarding the batteries used by the manufacturers. 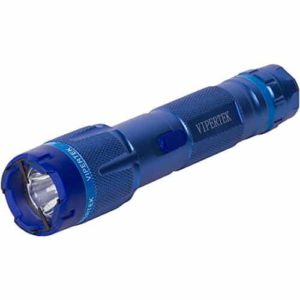 Seeing such a cheap stun gun like the Vipertek VTS-T03 might make some to raise an eyebrow. Surprisingly the stun gun works really well. It releases a powerful charge that can immobilize an attacker in just a couple of seconds. The model is shaped like a classic flashlight. It does have a flashlight function but only to hide the fact that it is a stun gun. The model has a rechargeable internal battery and it is made out of high quality aluminum with an anti-roll design. It also has a safety switch to help prevent accidental discharges.

For a stealth stun gun that is supposed to be easy to hide, the VTS-T03 is not that small. It is actually quite large and a bit heavy since it has a metal body. It will fit inside a small purse but it is not that easy to hide due to its size. 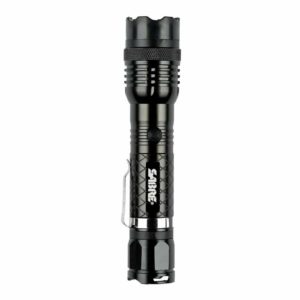 Sabre Tactical stun gun is exactly what the name of the product states. It is a tactical stun gun that can be considered premium in terms of build quality and this also reflects the price tag of the device. It has a sturdy metal body shaped like a classic LED flashlight. It is also one of the more powerful models as it can release a charge of around 1.1 microcolumns which is enough to inflict severe pain on an attacker. Also, it is quite compact and charges reasonably fast.

Everything about this model seems premium with one exception. The body is sturdy, the battery is decent and the electric discharge is quite significant. Its flaw is the buttons. They seem a bit flimsy and rather poorly made. They do not come off but they are far from feeling premium in any way. 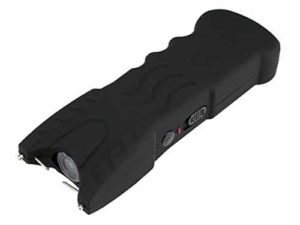 The Vipertek VTS-979 is a great option for the ones that need something cheap and effective. It is a powerful little device that looks like a classic stun gun. It is capable of releasing a high electric charge to put down an attacker and it does not take all that much space inside a bag. The model has a rubber coated body and a LED flashlight. For safety reasons, a switch has been added to disable it. It uses an internal rechargeable battery and comes with a lifetime warranty. 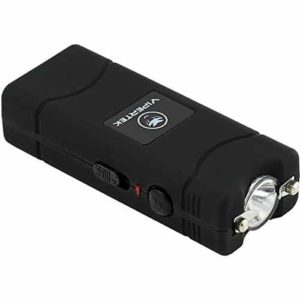 A good stun gun should be small so that it can be easy to travel with and a bit difficult to notice. The Vipertek VTS-881 is a small and compact model that is capable of releasing a powerful charge to stun and invoke severe pain in the attacker. It has a small LED flashlight and a decent internal battery. The model looks like a smaller stun gun and due to its very compact form factor, the manufacturers refer to it as a micro stun gun. Also, it has a lifetime warranty for the device itself except for the internal battery.

One of the most frequently mentioned problems of this device is the battery. Being such a compact model means that the battery has a rather small capacity. It charges decently fast but it does not last that long. 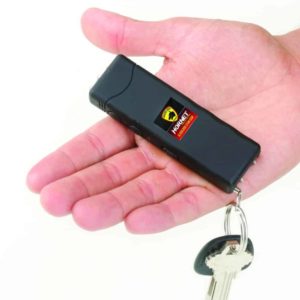 Guard Dog Security offers a few great little stun guns that are so small they can be used as keychains. Their Hornet stun gun is a great little device that can be carried around without grabbing any attention. It is extremely compact and according to the manufacturers, it weighs less than 2 ounces. It is still very powerful and for safety reasons, it has a fully rubberized body. It also comes with a safety switch that prevents accidental discharges. Except for the built-in battery the model has a lifetime warranty.

Because of its extremely small dimensions, some compromises need to be made. The electric discharge is not as powerful as with other larger models but it is still a dangerous tool that should not be treated as a toy. 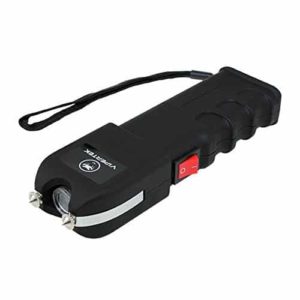 The Vipertek VTS-989 is one of the most powerful stun guns on our list. Despite not being the most compact model it is still small enough to fit inside a small purse or even in a pocket. It has a LED flashlight and a decent built-in rechargeable battery. The model looks like a regular stun gun and delivers a high voltage shock. It can be recharged and it does not require the purchase of any type of batteries. As with most of their other products the manufacturers offer a lifetime warranty for the stun gun.

The only way the stun gun would have been better is if it had a safety switch. It does not have any way to lock it or prevent accidental presses of the button. This means it should always be kept in a safe place and never inside a pocket. 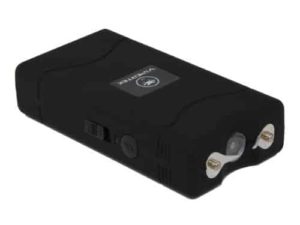 Vipertek’s VTS-880B mini stun gun takes the prize for being the best-selling model on our list. It was designed to be compact, easy to use and powerful at the same time. The stun gun comes with its own rubberized holster in a small form factor and with a built-in LED flashlight. It has a rechargeable battery and can deliver a high voltage shock. The model is also very resilient and comes with all the standard protections including a safety switch.

What is interestingly odd about the VTS-880B is the fact that it is very loud. Vipertek has several similar models but none of them are this loud. It seems that just the VTS-880B has a design problem that makes it release an intense sound when used.

Stun guns should not be seen as toys. They are dangerous even if they are actually made to deliver a non-lethal electric shock to the attacker. Their main purpose is to inflict pain and immobilize the target in order to serve as a self-defense tool. The intensity of the shock delivered can vary depending on the model. Less powerful stun guns usually cause pain but might not cause the target to remain immobilized due to the shock.

What can be seen in the models from our selection is that the size of the stun gun can vary a lot. This means that the internal battery is also smaller. This impacts how long it can hold a charge and how long it takes to charge up. Despite all this, the pricing does not vary all that much which makes it a bit difficult to pick a model that is actually worth spending money on. Our picklist should make things a bit easier. 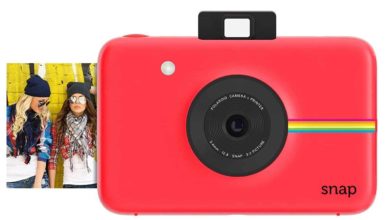 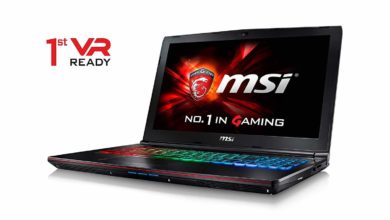 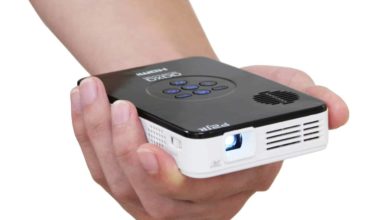 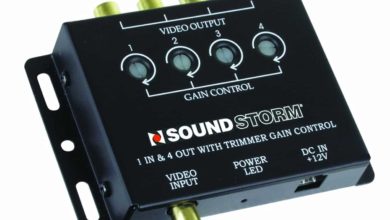