As innovative as Apple might be, they still did not solve one major issue. With the release of the iPhone X we got a new phone that breaks away a bit from the design of the previous generation. There issue with battery capacity is still unsolved. Pretty much every smartphone on the market has a battery that barely lasts for an entire day of regular usage and the iPhone X is no expectation. The issue is not that the batteries got smaller because they did not. The issue is that we use our smartphones much more than we used to. Now that the iPhone X is out, we should expect to use it even more because of all the technologies it comes with. Still, as advanced as the iPhone X it still has a small battery that will only last a single day.

Until energy storage capacity is improved for batteries, the only solution is to get a power bank. Power banks are the most convenient way to charge a phone while it is being used. They are mobile which means that they can be used pretty much anywhere and they are inexpensive. Power banks prove their worth the most for the ones that are visiting a different country and rely on their phone to get around. Depending on their power, power banks can charge a smartphone at least once. Bigger models can charge a smartphone up to 8 times. Today we will go trough a few power banks of various capacities. Most of them come with a micro USB cable but they work with the iPhone X if the Apple charging cable is used. With all these things said, let’s jump right into our list of the top 10 best power banks for iPhone X in 2022. 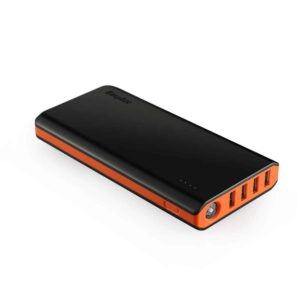 EasyAcc portable external battery is a high capacity model that can charge an iPhone X at least 6 times. The power bank has 4 USB ports and offers a maximum charging output of 2.4 amps. This means in can charge a smartphone quite fast. The capacity is 20000 mAh which is a lot. To keep everything safe, EasyAcc added overcharge protection, overcurrent protection and was designed to be compliant with RoHS and FCC regulations. Charging time is about 6 hours due to the two 4 amp input ports that can be used at the same time.

The 2.4 amp output sounds great on paper but there is a problem with the power bank. Even if it appears to be capable to charge a device fast, the power bank does not have the right hardware to charge an iPhone X. In fact, it feels as if it charges devices at the standard charging speed over USB. 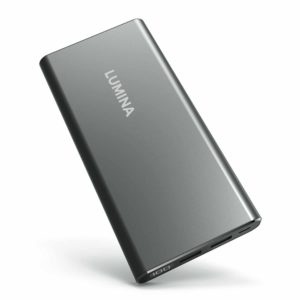 Lumina is a rather small brand but its power bank is surprisingly good. It has an aluminum enclosure and two USB ports. Each port has an output of 2.4 amps which enables it to charge an iPhone faster than a laptop USB port. Next to the USB ports, the power bank has a small LCD display that shows how much power is left. As for capacity, 15000 mAh should be enough to charge the iPhone X about 4 times. Recharging the power bank will take about 8 hours which may seem a lot but it is normal for a power bank of this size.

When people think about power banks, they think of power on the go and portability. The power bank from Lumina does offer than freedom but only to a certain degree. It is quite heavy and it is highly unlikely someone would bother to carry it in a purse or small bag. People that travel with a backpack might not have an issue with the fact that it is heavy. 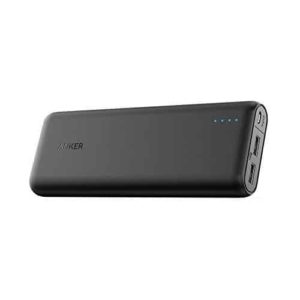 Anker makes a great power bank that is surprisingly lightweight for its size. This 20100 mAh power bank can charge a smartphone at least 5 times and manages to keep the weight down by having a plastic enclosure. The model comes with 2 USB ports which deliver a total output of 4.8 amps. In terms of safety, the model has overcharge protection and Voltage Boost that delivers the fastest possible charge rate at the safest level. Recharging the power bank will take about 10 hours with a regular 2 amp AC adapter.

The fact that the power bank does not support Fast Charge is not much of an issue except for the fact that the manufacturers claim that it does. Apple uses a different technology for Fast Charging but even the Qualcomm Fast Charge does not work on this powerbank with flagship Android devices. 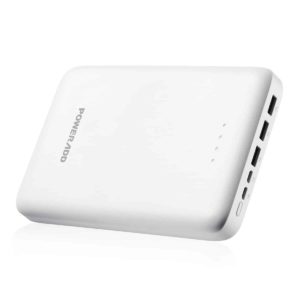 Poweradd Pilot Pro3 is the latest powerbank from the manufacturer that has updated hardware to support high-speed smart charging for Apple devices. The powerbank has a capacity of 30000 mAh which is a lot. It can charge an iPhone X 7 times. Recharging the powerbank will take at least 10 hours due to its large capacity. The model features 4 small LED lights that indicate how much power is left. As for outputs, the powerbank has 3 USB ports that provide 4.5 amps in total.

As expected, such a large capacity powerbank is quite heavy. It is almost as big as a small tablet and about 3 times thicker. It will feel like an appealing purchase to the ones that need a powerbank for a long trip or that travel a lot and depend on their smartphone. 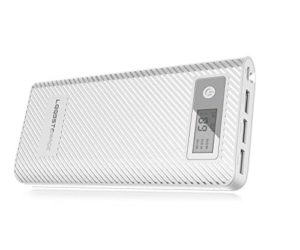 The LQQBSTORAGE powerble power bank manages offers a balanced mix between capacity and weight. For a 12000 mAh powerbank it is fairly portable. The model features a small LCD display that shows capacity and the output on each of the 3 USB ports it comes with. A bonus feature is the flashlight that is built into the powerbank right next to the USB ports. The total output combined from the USB ports is 5.5 amps and comes with a smart current distribution when there are multiple devices connected to the USB ports.

Charging a smartphone with this powerbank is not as fast as some would have hoped for. It still managed to achieve that for which it was made but there are better alternatives. Also, recharging the powerbank itself is also surprisingly slow. 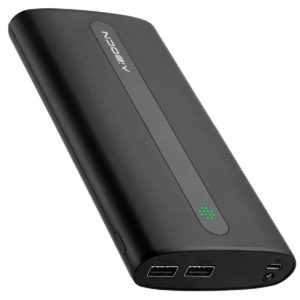 Aibcon power bank is a good pick for travelers. The model has a capacity of 2000 mAh which is enough to charge an iPhone at least 5 times. That is a lot of power in a compact form factor. The unit comes with 2 USB ports and allows 2 devices to be charged at the same time. It can deliver 2.1 amps on one port and 1.0 amps on the other one. To keep the powerbank fairly lightweight, the casing has been made out of a plastic material with an anti-fingerprint surface. Last but not least, the model comes with a small flashlight and an indicator that shows how much power is left.

The fact that the power bank takes almost an entire day to charge is quite annoying. This is a common issue with power banks that have a high capacity. Usually, it takes about 10 hours to get it fully charged. The good news is that because it has a generous capacity, it does not need to be charged all that often. 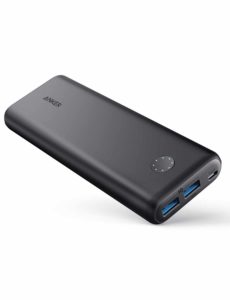 Anker is a well-known brand that has a lot of different power banks. Their PowerCore II is a 20000 mAh powerbank that comes with PowerIQ and smart charging which helps reduce charging times for devices. The model has 2 USB ports and a micro USB port that can be used to charge the powerbank itself. One interesting feature is the fact that the model charges very fast when used with a Quick Charge compatible AC adapter. Also, the build quality is quite impressive as it has a texturized finish that prevents smudges and fingerprints.

The powerbank is quite heavy. It takes a lot of battery cells to get a 20000 mAh capacity and the casing adds even more weight. There are other banks of the same capacity but they are a bit easier to carry around. However, it does feel sturdy and well built. 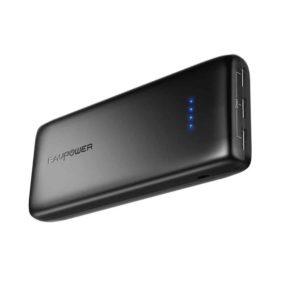 RAVPower 22000 mAh powerbank offers a great deal for the price tag it comes with. It is quite inexpensive and the large capacity will be able to charge an iPhone X at least 5 times. The model offers 3 USB ports that can be used to charge 3 devices at the same time. The total output of the 3 ports is 5.8A which means that it can charge fairly fast. The model uses iSmart technology to charge faster but it is not compatible with Qualcomm Quick Charge.

Fortunately, the powerbank can charge an iPhone X 5 times which means that the powerbank itself does not need to be charged all that frequently. The issue is that the charging of the powerbank is very slow. To deal with this issue, it is better to just leave it charging throughout the night. 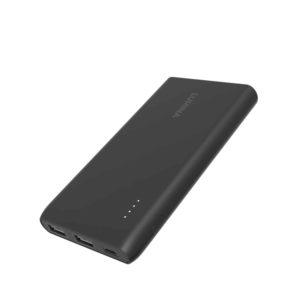 Lumina managed to make a very compact powerbank that works very well. This 10000 mAh battery is truly portable as it can fit in a small purse or bag and it is not that heavy. The power bank features 2 USB ports and supports high speed charging. Total output is limited to 4.8 ams and does not exceed 2.4 amps per port. It can charge an iPhone X from 0 to 100% about 2 times which is good enough. Also, because it has a capacity of 10000 mAh, the powerbank charges fairly quickly.

The build quality of the powerbank is not stellar. The plastic used feels a bit flimsy and gives the impression that it will shatter into pieces if the powerbank would be dropped. Thankfully, the powerbank itself works as expected and charges quite fast. 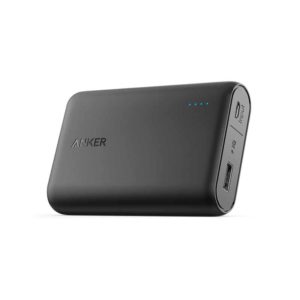 Anker PowerCore 10000 is a great pick for mobile individuals or people that user their smartphone a lot. It is a 10000 mAh power bank with a single USB port. The powerbank supports high-speed charging which means that it works very well with Apple devices. For a powerbank of this capacity the model is fairly compact. It is also well built with a durable plastic enclosure and comes with a small travel pouch.

The powerbank has a weird behavior as it loses power when not used. Most powerbanks do not have this issue. The problem may be caused by the PCB inside the powerbank. Regardless, for a person that uses the powerbank frequently, this issue should not be noticeable.

Things To Look Out For When Purchasing A Power Bank

A lot of people believe that they can divide the capacity of the powerbank by the capacity of the battery inside their smartphone and they will get the number of times it can charge the device. That is a common misconception and it is not the only one. There are a lot of things that people do not know about or forget to keep in mind when looking for a powerbank. Manufacturers do not clearly state these things which is why we feel the need to point out a few facts. 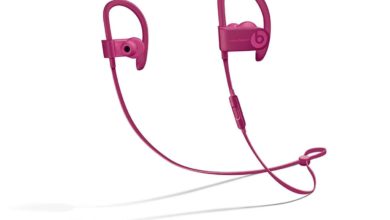 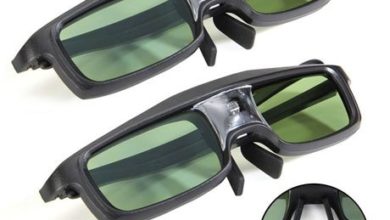 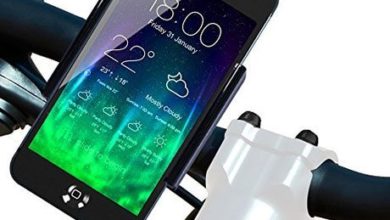 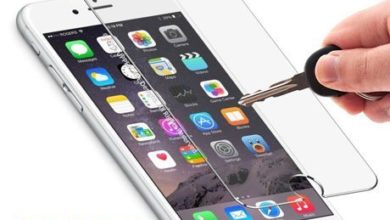