Even if electric pressure cookers are probably one of the best kitchen appliances to get, it is not intuitive to use. They were invented back in the 1600s by a Frenchman that experimented with steam cooking and pressure. He named his invention the “Digester” but it took quite some time before manufacturing processes improved and they were safe enough for regular consumers. Today, with the aid of technology advancements and manufacturing improvements, pressure cookers are quite common in a household. Pressure cookers are now considered to be safe and to facilitate one of the healthiest ways of preparing food as they require no oil or grease. Steam is the only thing needed to cook with a pressure cooker.

It might sound easy at first but pressure cookers can be quite complicated. There are multiple pressure levels which are classified as low, medium and high. Some models might only have two pressure levels. Also, There is a pressure release valve that needs to be used every time when the meal is cooked. We also have the steam condensation collector and the steam basket. Almost all pressure cookers have these elements that are considered standard.

For our list, we selected a good variety of electric pressure cookers that come with various features, sizes and from different price ranges. Picking a suitable model out of the list should be done after an assessment of how frequently it will be used and what amount of food needs to be cooked with it. A small family might be better off getting one of the smaller models while larger families or people on a strict diet should go for higher capacity pressure cookers. With all these things said, let’s get right on our list of the top 10 best electric pressure cookers in 2020. 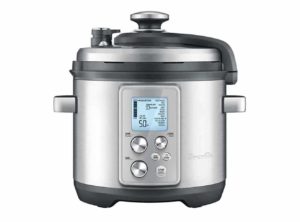 Breville should be a name with which a lot of people are familiar. The BPR700BSS is a professional pressure cooker packed with all the essential features. On the front side, the cooker has a large LCD screen showing all the relevant information. It has a 3-way safety lock system and a safety valve. The model was made with 11 different pressure cooking settings and a keep warm feature. The internal bowl is coated with a ceramic coating to prevent the food from sticking and it is PTFE and PFOA free.

The pressure cooker is capable of handling a wide range of dishes and the 11 different cooking settings surely help out. However, for all its features and build quality, the user must pay a premium. It is an expensive device and some might not deem it worth purchasing since there are so many different other pressure cookers which are far more inexpensive. See more: Top 10 Best Camping Cookware in 2020 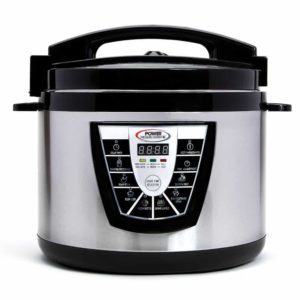 The Tristar Products Inc. Power pressure cooker XL is a good pick for a large family it has a large 10-quart capacity that can cook food evenly, without sticking. The inner bowl is made with a non-stick coating while the built-in programs make it easy to cook almost anything. According to the manufacturers, the cooker can replace a slow cooker, soup maker, steamer, rice cooker or a canner. The cooker itself has a stainless steel body with a plastic lid that features a safety lock system.

The pressure cooker should be easy to use. However, the problem is that the cooker comes without proper instructions. The information that is present in the user manual is vague and some features that the cooker actually has are not even mentioned in the manual. 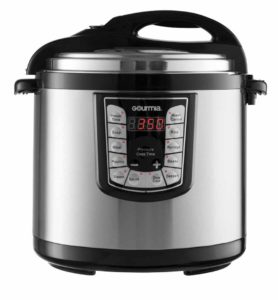 Gourmania GPC1200 is a good pick for the ones that are on a budget. The pressure cooker features 13 cooking modes that are programmable and has a capacity of 12 qt. which makes it suitable even for a large family. The cooking bowl of the machine has a non-stick coating while the exterior is made out of stainless steel. In terms of ease of use, everything is very easy to set using the font controls and it can even be programmed with a delayed start of up to 24 hours.

The pressure cooker does not have any major flaws but it does have a downside that comes from its size. Being a large 12-quart cooker means that there is a lot of food and liquid that needs to heat up in order to actually create steam inside. 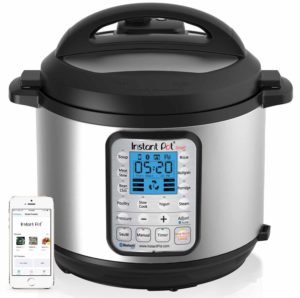 Bluetooth is one of the functions one would not expect in a pressure cooker. The Instant Pot can actually be controlled using a mobile device over Bluetooth. It can be monitored or set to start remotely. The cooker has 14 different cooking programs along with a keep warm function. It can even work as a yogurt maker or a rice cooker. As with other pressure cookers, the Instant Pot has a secure locking mechanism and an anti-stick inner coating that makes it easy to clean.

One issue with Bluetooth technology is the range of the signal. Basically, if a user decides to actually use Bluetooth, he will need to be in the same room with the cooker. This actually voids the whole purpose as it is much easier to just walk a few steps and actually press a button. 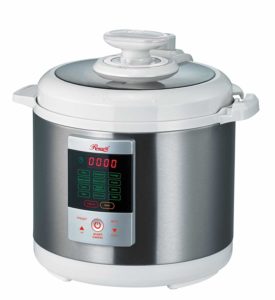 Rosewill electric multi-functional pressure cooker is a great addition to any kitchen. It has a decent 6-quart capacity and 12 preset cooking programs. Having an anti-stick interior makes it very easy to clean and even easier to cook without any oil at all. The pressure cooker can be used as a rice cooker, slow cooker, steamer and warmer. In terms of ease of use, the pressure cooker has large control buttons on the side, an LCD screen and a secure and intuitive locking mechanism.

All new things have a certain smell to them but the worst situation is when an appliance that is meant to be used for cooking smells like plastic. The Rosewill pressure cooker will have a strong plastic smell that will not go away until it is used a couple of times. 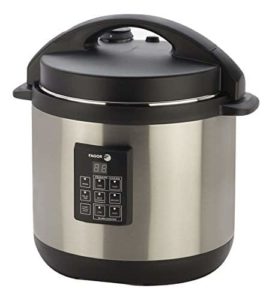 Fagor 3-in-1 pressure cooker is an inexpensive device that should prove to be quite useful. Being a 3-in-1 device translates into a pressure cooker, rice cooker, and slow cooker. It has plenty of cooking programs to prepare a wide range of dishes. The cooker also supports low and high-pressure cooking and has a self-locking lid. To make it easy to monitor the cooker comes equipped with an LCD screen and offers the possibility for an 8-hour delayed start.

The non-stick coating surely helps getting the cooker cleaned easier but there is one downside. It seems that the coating used is not very durable in the sense that it is very easy to scratch. To avoid damaging it, it is better to avoid using any kind of metal spoons of forks to stir or handle the food while still inside the bowl. 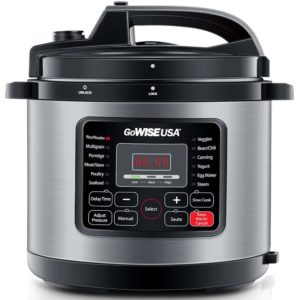 GoWISE USA makes a rather interesting pressure cooker that claims to be capable of handling pretty much everything. While the 12-in-1 statement is a bit overstated, the cooker can handle any kind of meat or vegetables, can make yogurt, steam food or prepare rice. It has a lot of built-in programs and can cook at high and low pressure. The cooker is available in multiple capacities and comes with a detachable power cord as well as a pressure release button.

Like any other pressure cooker, the model has control buttons to adjust the program and timer on the front. There is also an LCD display to help but the biggest problem is that the interface is very confusing. It takes time to get used to the interface and the user manual will need to be kept close by as it can help a lot. 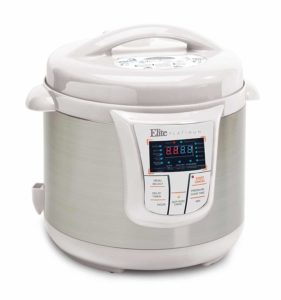 Maximatic Elite Platinum pressure cooker offers a good deal for the money. It is an 8-quart pressure cooker with a decent construction and a non-stick insert. The machine was designed to work in a slow cooker, rice cooker and can also keep the food warm. It is capable of cooking at high and low pressure and has a few built-in programs to help out. The inner pot is removable which makes it easy to clean while the lid has a secure locking mechanism and a pressure release valve.

Having a non-stick coating for the bowl surely makes it easier to clean but it also depends on what is being cooked. Rice, for example, can still stick to the bottom especially if it gets burned or cooked at a high temperature. 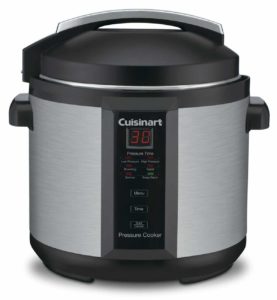 Cuisinart CPC-600 is a great solution for the ones that are looking for a pressure cooker and have a tight budget. It is an inexpensive product with a large 6-quart capacity inner pot and an airtight lid. The model has an easy menu on the front and several built-in programs to choose from. One useful feature is the fact that the pot is removable, has a non-stick coating and it is dishwasher safe. Last but not least, the cooker allows the user to select the pressure, heat and time for cooking.

The functions of the pressure cooker should be familiar to everyone but not everyone will know how to use it straight out of the box without also reading the manual. Some buttons and features are intuitive but the instructions will reveal how to access all features and functions. 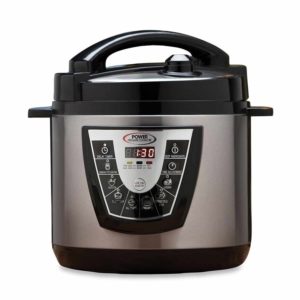 Power Pressure Cooker XL managed to be the best option in its price range. It is a decent 6-quart pressure cooker that can prepare food without any oil or grease with the aid of a non-stick coating for its pot. The model features a digital display with intuitive menu buttons and a large and secure locking lid. It also allows the pressure to be adjusted and heats up quite fast. Cleaning it is also easy since the pot is removable and has a non-stick coating.

The non-stick coating is actually Teflon. Teflon is a great material that does not contaminate food and indeed almost nothing sticks to it, making it easy to clean. The problem is that it also gets scratched quite easily. It needs to be cleaned carefully and it is better to avoid using metal kitchen utensils on it.

Pressure cookers are not that different one from another, even if they have a different shape or branding on them. They work the same way and the buttons and features are fairly standard so that everyone would know how to use them even without consulting the manual. What matters the most is to pick a pressure cooker that is suitable for the needs of the buyer or his family. 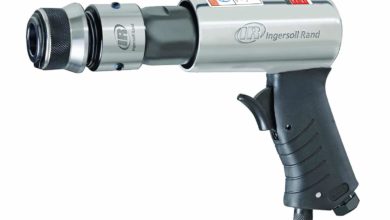 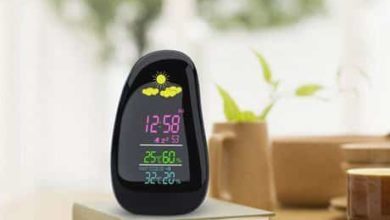 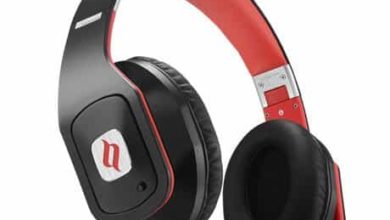 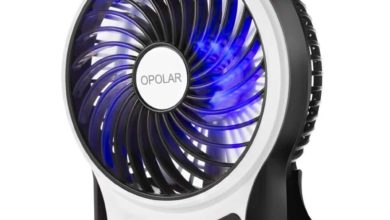