In the era of digital streaming on mobile devices, portable Blue-Ray players can sometimes be the forgotten tool of frequent travelers and families with children. Though they may have fallen out of the limelight, portable Blu-Ray players are still an excellent choice for long road trips, flights, and any other venue where a healthy distraction can make the day a little more bearable.

Though much has changed in the world of portable video, much remains the same when deciding which portable Blu-Ray player to choose. The top concerns that today’s consumers need to consider include the following:

With these considerations in mind, today’s portable Blu-Ray player buyers have several strong options from some of the world’s leading technology companies. The best Blue-Ray players are ranked below, culminating at the end with the top 5 best portable blue-ray players in 2022 currently on the market.

Sylvania 10-inch portable player is an inexpensive model that offers some basic features for mobile entertainment. It can play any type of blu ray disk on its 10-inch display. The player can also read regular DVDs and CDs. The built-in battery is rechargeable and on a full charge, lasts for about 8 hours of continuous play. 10 inches for a display is a decent size which also makes it quite compact. The model comes with a small remote and a wall charger as well as physical buttons on the unit itself.

The FANGOR 10 inch portable Blu-ray player is a great choice for the ones that are looking for something compact that can fit inside a small backpack. It has a small 10-inch display with a 720p resolution that should be enough to enjoy crisp clear movies. The player is compatible with DVDs and standard CDs. Also, the device comes with an internal card slot that can reach movies and media files from SD cards. Lastly, the controls and settings buttons are placed on the device while the display itself can swivel 180 degrees.

The Maxmade BDPM1301 is one of the larger Blu-ray drives which makes the viewing experience a bit more pleasant. It is the size of a small laptop but it can also be folded like a tablet. The model has a swivel screen with a 1080p resolution. One interesting feature is the LAN port that allows connection to the BD-Live service. The model also has a few additional features such as an HDMI port, allowing it to be connected to an external screen such as a TV and small remote control. The battery lasts for about 3.5 hours of continuous play on a full charge.

SYLVANIA 13 inch portable Blu-Ray player is both inexpensive and features rich. The model has a 13-inch display running on a 720p resolution. It is also compatible with standard DVDs and CDs which means you can enjoy older media content. The battery of the device is built-in and can be recharged. On a full charge, it provides about 4 hours of playtime. For inputs, the device also has a card reader from which it can play all types of media files. As for outputs, the player has HDMI, jack audio out, a LAN port and a USB port.

Blackweb portable blu-ray player is a newer model that uses improved hardware. It has a slimmer form factor and it is relatively small, using an 11-inch display. The model has an HDMI port that allows it to be connected to a TV or monitor, a LAN port, an audio jack, and a card reader. Its software allows it to play multiple media formats including audio and photos. The display has a 720p resolution while the speakers have a decent output. As for the battery, it is built-in, rechargeable and will offer several hours of continuous playback.

NAVISKAUTO makes a lot of devices that are designated for the automotive segment. Their portable blu-ray player is more of a universal device that can be used as a regular player due to its HDMI output or as a portable one. It has a large 14-inch display and a full HD resolution. The device can read media files from disks or memory cards. In terms of mobility, the device comes with a 4000 mAh rechargeable battery that is enough to provide about 4 hours of continuous playback.

SYLVANIA portable Blu-ray player is a cheap option for the ones that wish to enjoy their movie collection on the go. It is inexpensive and quite advanced when put side by side with other players. The model has an 11-inch display capable of full HD resolutions. It supports multiple types of media files and can read DVDs and older CDs. The device also comes with an HDMI output and an audio jack. Media files can be played directly off SD cards while the large buttons make it easy to navigate and access player controls.

The Sony BDP-BX370 Blu-ray disc player is more of a universal media device. It can be used as a small TV or a regular portable player. It is capable of playing all types of media files and has a very compact form factor. The device comes with a standard SD card reader, an HDMI port, audio outputs, and a powerful built-in speaker. The battery size is not very impressive but the device is energy efficient. It provides about 5 hours of continuous playback on a full charge.

The Azend Group portable Blu-ray disc player is one of the best-selling models on the market due to its reliability. It has a high-quality 10-inch display with a 1080p resolution. The screen can rotate 180 degrees while the bottom side hosts the disc player and all the outputs. On the bezel of the display, digital controls have been places but the device also comes with a small remote. The device can play media files from external SD cards or it can be connected to a TV via the HDMI output port.

Sony BDPSX910 portable Blu-ray player is bot the most advanced and the most reliable model available on the market. It is quite compact, having a 9-inch 1080p display and a thin profile. The player comes with a large lithium-ion battery that provides 2.5 hours of viewing time on a full charge. Just like other players, the device can read all types of media files and has an HDMI output. The screen can be rotated 180 degrees with digital controls placed right on the bottom display bezel.

The world full of smartphones and tablets can make it easy to forget portable Blu-Ray players, but these compact devices are still an essential way to watch movies and television shows on the go. With HD and 3D compatibility, and the ability to read both physical discs and digital formats, today’s portable players are smarter and more flexible than ever. 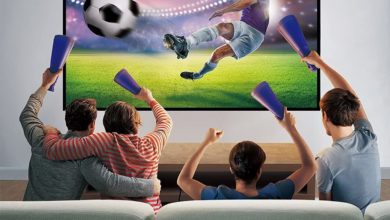 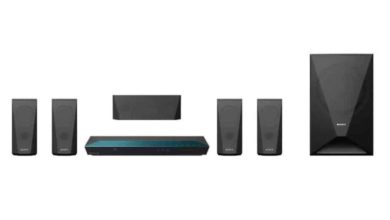 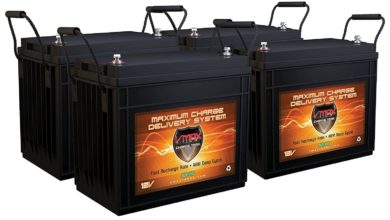 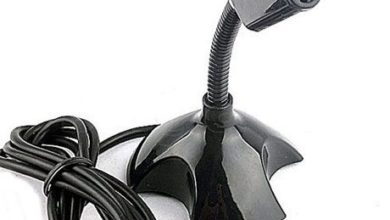